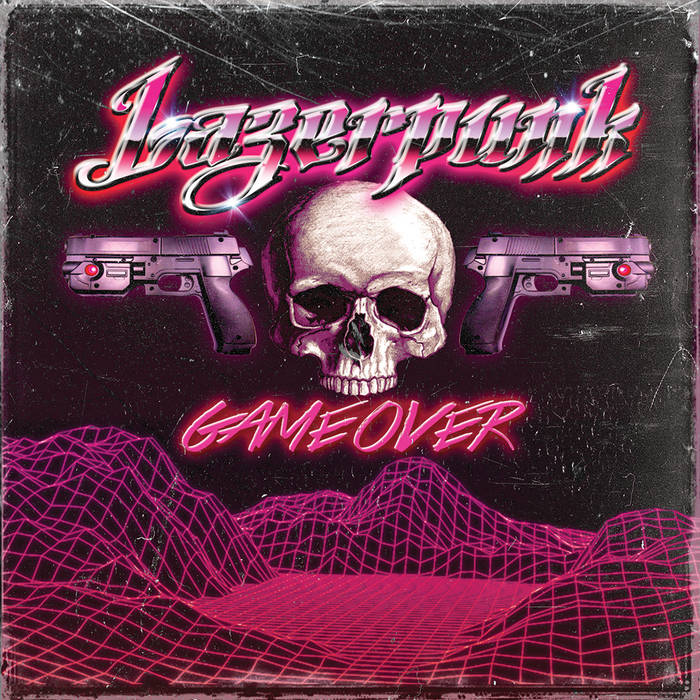 palehorse666 An 80's retro horrorshow, in a good way. Hard as chrome synths blasting on all cylinders. Only for those who eat nails for breakfast without any milk, like that OG in SpongeBob. Favorite track: Death of a Hero.

G-Prime This album's a bit messier than LAZERPUNK's later releases, but as a result there's a hell of a lot of variety here. The highlight is Retro Future Disco, which sounds exactly like you'd expect it to, but there's darker stuff as well. It's all enjoyable, if a bit uneven, and a damn good intro to this artist's style. Favorite track: Retro Future Disco.

Cream of the Crop

As the leader of an infamous punk band and motorcycle gang he had all the fun and action he wanted. But those who live fast tend to die young...

Luckily the cutting-edge technology of the 1980s allowed scientists to rebuild him. Now he is part human, part machine, all punk. Embracing the futuristic technology and sound of the 80s he is now trying to rebuild his empire and do what he does the best.

Even an almost-invincible punk cannot make it alone in this dog-eat-dog world. So here's a short list of people who helped him getting his shit together:

If you think you deserve to be on this list contact us. Lazerpunk's brain only has 16GB memory and most of it is used for... you know, not for names.

Bandcamp Daily  your guide to the world of Bandcamp

Khruangbin and Greg Foat stop by with their amazing new LPs.